Since 1957, we’ve been focused on doing what’s right for our members. Like other financial institutions, we’ve added in-demand products and adopted the latest technology. Still, it’s always been our reputation for treating members with respect and kindness that has set Ent apart and fueled its growth.

And grow we have. In July, we opened our 50th service center in Aurora. With its addition, Ent has as many service centers located north of Monument as there are to the south. Now, Coloradans all along the Front Range can access a service center. They’ll also enjoy a level of credit union service rated #1 by Forbes for the fifth consecutive year.

In addition to overall satisfaction, the Forbes’ random survey of members included questions on trust, terms and conditions, branch services, digital service and financial advice. To those members who took the time to respond, thank you.

This award shows that our members still appreciate affordable banking delivered with notable service. It may also explain why so many Coloradans in places like Aurora are excited to welcome and join Ent. Like our existing owner-members, they appreciate having a neighbor committed to people, not to profit.

Nominations are open for Ent Credit Union’s Board of Directors for the year 2023. There will be three (3) three-year term positions open on the Board
of Directors.

The Board Nominations and Election Committee nominate the following candidates to be Directors on the Board for a three-year term: William Ayen, Jeffrey Galgano and Kay Henze.

Additional nominations for the Board of Directors may be made by petition, signed by a minimum of 500 Ent Credit Union members. A separate petition must be completed and submitted for each nomination.

Each nominee must submit with the petition a statement of qualifications, biographical data and a certificate signed by the nominee stating he/she is agreeable to nomination and will serve if elected to office. Petition forms and policies are available from the Executive Administration department at the credit union’s office at 11550 Ent Parkway, Colorado Springs, Colorado, 80921. Petitions, biographical data, and certifications for each nominee by petition must be returned to the Executive Administration department no later than Tuesday, Nov. 15, 2022.

If more than one person is nominated for each board position, an election will be held. If an election is required, information and procedures will be provided to members. If there is only one nominee for each board position, no election will be conducted. There will be no nominations from the floor at the annual meeting. Newly elected Ent Credit Union Board Members will be announced at the annual meeting.

Before you know it, the holidays will be here — along with holiday scams. Don’t let fraudsters steal your cheer, or anything else! For more security tips, see Ent.com/Security.

Charity Scams: Scammers call and send fake messages asking for holiday “donations” and personal information. Tip: Confrm a charity is legit at CharityNavigator.org or CharityWatch.org and only donate via a charity’s official site.

Fake gift sites: If a site looks legit but has unbelievably low prices on the season’s hottest gifts, beware. Place an order and you’ll get nothing and may have your personal info stolen. Tip: Only buy from reputable sites and don’t trust those missing the “s” after http. 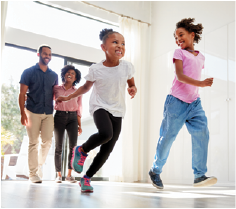 Thinking About Buying a Home?
Get Expert Mortgage Tips. Take advantage of free webinars from the safety and comfort of your home. Register at Ent.com/Events.
Nov. 5 | 10-11:30 a.m.

Limit of two bankers boxes per person. Registration not required.

For the most current stats, visit Ent.com/Profile. 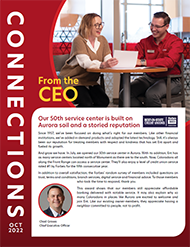 We want you to know:

You are leaving Ent’s website and navigating to an Ent partner site. Ent does not contribute to the content displayed on this website and does not legally represent you or the third party in transactions conducted via the linked website. Please be aware that information security, ADA accessibility, and privacy policies may differ from those practiced by Ent.

We want you to know: You are linking to a third party website that is not controlled or owned by Ent. Ent does not contribute to the content displayed on this website and does not legally endorse services or represent you or the third party in transactions conducted via these linked websites. Please be aware that information security and privacy policies may differ from those practiced by Ent.